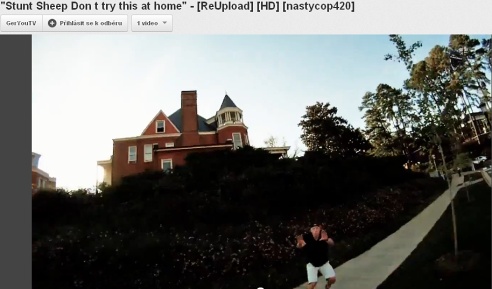 The presentation today was very interesting. The FAA had two people there. James Sizemore and a lady named Lynn. Mr. Sizemore was part of the FAA team early on and recently rejoined this group. Lynn is a recent addition. Mr. Sizemore is an active modeler in the DCRC club. He noted that a fair number of people in the UAPO (Unmanned Aircraft Program Office) are either active or past modelers. They both noted that the FAA fully recognizes the contribution of model aviation to the aviation industry.

As expected they were unable to address specific questions about the Rule. FAA policy prohibits them from doing so. Having said that, my overall impression is that I a bit more optimistic than I was when I woke up today.

A few high points for me were first hearing that the Rule is in fact written. It is undergoing a series of internal checks and reviews prior to being published as a NPRM sometime in June or perhaps July.

From there will be a comment period followed by a review and assessment of the comments and then the Rule may be modified based on those comments (or not) and then published in a final form. Final publication will likely be sometime in 2012.

They were very clear that the FAA is not interested in harming model aviation. They also clearly stated that the ONLY motivation for this was the explosive growth in the UAV world and the increasing number of commercial UAV folks trying to operate and calling themselves models. Since the FAA had no rules to regulate those uses, they decided to write these rules. It is a 100% air safety thing.

They very clearly stated that fears of terrorism and so on had absolutely nothing to do with the rules. They also said very clearly that there is no over riding concern about the past safety record of models or events that got us on their radar as it were. Again, it is the fact that in many cases we are indistinguishable from commercial UAS that they have to draw a line between us and them,

They laid out how the Safety Program that the AMA is writing will be reviewed and accepted (or accepted with modifications) for reference by the rule. The way it works is that if you want to be called a model you will operate in accordance with the accepted standards for models or you will have to operate as a regulated commercial sUAS.

They were clear that they are not prescribing any specific limits for altitude, speed, weight, propulsion, etc. At one point they said very clearly that they have not told the AMA to take turbines off the table for instance.

I expect that once an accepted set of operating standards is in place the way it will work is that the FAA will say go forth and enjoy. They will likely define places where you cannot operate regardless of compliance with the rules. This is sort of the same as saying ultra lights cannot operate in Class B airspace for instance.

The major challenge right now is to craft our safety program in a format and language that the FAA can accept. But they seemed genuinely interested in working with us to enable us to continue on in as close as possible to what we do now. They are also acutely aware of our concerns about altitude, speed, turbines, and so on.

While we are by no means out of the woods I can say that I am far more optimistic than I have been in the past. One really important thing I learned today was that when Dave Mathewson wrote his ominous article for the December MA it was right after a very disappointing meeting with the FAA. The AMA related their deep concerns and disappointment with the direction things were going. Shortly after that the FAA team was changed to the one that the AMA is working with now. For me the take away is that the FAA higher ups took the AMA concerns to heart and responded positively. That is huge in my mind.

So I am not dancing in the streets with joy, but I am also not thinking about selling everything either, for whatever that is worth to people.

Let me add that the impression I got is that they are working hard to help us to write safety standards that allow us to do what we do now in a manner that satisfies their need to demonstrate that they are protecting aviation safety.

Their concerns for us, as well as the commercial sUAS, focuses on things like what happens in a loss of control, pilot error, fly away and so on. They made positive statements about the things we do already, like checking battery packs prior to flight as a method of confirming that we will not lose battery power and control. Or selecting a field location that mitigates the risk from these events, and so on.

The only mention of AC 91-57 was during the explanation of why they are making the rule in the first place. There were a large number of commercial/public use users flying sUAS for hire who were doing so and saying that they were operating under AC 91-57. In 2007 the FAA issued a clarification of this saying that was not legal and then started moving towards writing these rules. That was the last time it was mentioned.

About the AMA working group doing the standards: Dave Mathewson and Rich Hanson have both stated very clearly that they are not „leaving anyone behind“. There is no area of modeling they feel is worth sacrificing. So if the concern is that for instance the AMA will write a standard that says „No Turbines“ or „No large planes“ or „Nothing over 400 feet“ I can more or less guarantee you that this is not going to happen.

The working group within the AMA has knowledgeable people from all parts of the hobby on it. Soaring, IMAC, pattern, jets, and so on all have solid representation there. Said simply, this is not a concern. 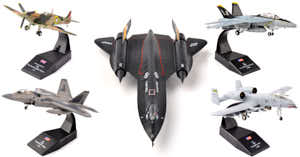